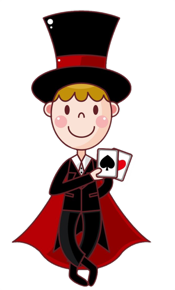 Before starting this trick, take the cards out of the deck that you see in the picture, and arrange them in that order. Put the rest of the deck away. It doesn't matter which suits are used (hearts, clubs, spades, diamonds). Don't let anybody watch you arrange the cards.

To make this more entertaining, you could add a "false shuffle" or "false cut", or pretend you're not sure if it will work. Of course, you know by now it will work IF YOU PRACTICE!!

Now hold the packet of cards face down, so the three is on top.

Starting with the top card (three), spell the first card from the list below (ACE), taking one card off the top for each letter, and putting that card on the bottom.

Turn the next card over, and it will be the ace. Place the ace on the table. Now spell out the next card in the list the same way, the TWO, turn over the top card, and place it on the table. It will be a two. Continue with the rest of the arranged cards. The list of cards to spell in order are: 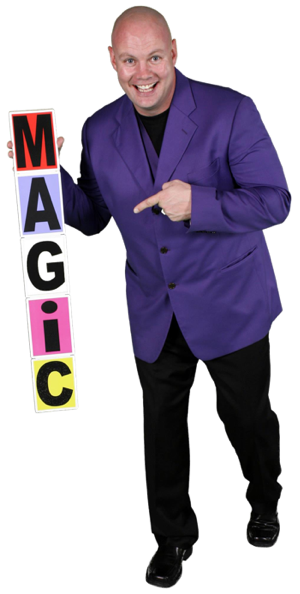 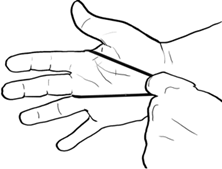 SECRETS:
Never tell your friends how you did a trick; no matter how much they ask. Once they learn the secrets, all the fun is gone. When they ask, be polite and say "I promised never to tell".

REPEATING:
Never do the same trick again right away. When your friends say "Do that again", it means they were fooled this time, but next time they'll catch you.

PRACTICE:
Practice each trick many times before you show it to anyone. If you show it without practicing, you'll just give the secret away or have the trick fail.

Stretch a rubber-band around your first two fingers. When you open your hand, the rubber-band has jumped to your other two fingers in the blink of an eye! 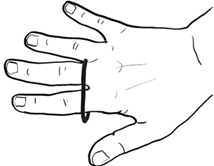 Here's how it works:

Pay attention to the photos and make sure your fingers are in the same position. Start with the rubber band on your first two fingers, like in the picture.

Stretch the rubber-band down along your palm to your wrist. Don't let the audience see this move, so keep the back of your hand towards them.

Point to the rubber-band with your other hand, pause, then simply open your fingers. It's just that easy! Make sure your fingers stay straight. This happens very fast, which is why you want to make sure the audience is looking closely. 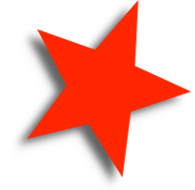 As you deal the cards, you're able to spell the name of the next card every time! 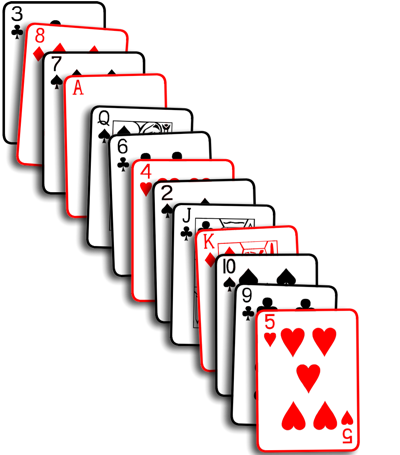 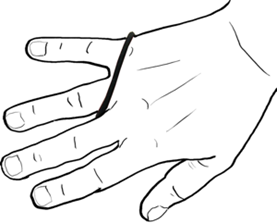 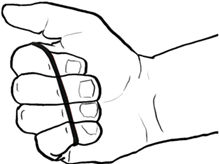